Ed was raised in Nashua, NH and received a degree in Electrical Engineering from the University of Lowell. He worked for Lockheed and Raytheon as an Electrical Engineer prior to starting his career as a financial advisor in 1993. Ed has been preparing tax returns professionally since 1997.

Ed and his wife Stacey have been married since 1987. They reside in Merrimack, NH where they have raised their children Gregory and Samantha.

Ed is always looking for ways to serve the community. A former Cub Scout leader, Ed has coached youth baseball, softball and basketball. Currently, he is a member of the Rotary Club of Merrimack. Ed has served as Vice-Chair of the Board of Directors, as well as running the Financial Literacy Program, for Family Promise of Southern NH. He has also made hundreds of blood donations through the Red Cross.

Ed is a dedicated audiophile who loves listening to music. You can usually find him at the Newport Jazz Festival on the first weekend in August. In his free time, he enjoys being with family and friends; playing basketball and tennis regularly. He enjoys going out for a run, bicycling, or simply taking the family beagle on hikes. Spending time outdoors is a given regardless of the season. 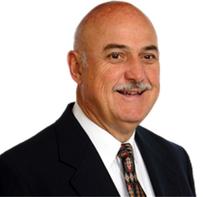 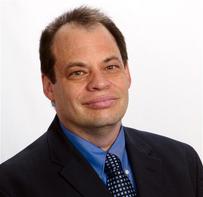 Dick was raised in Reading, MA. He received a B.S. degree from Northeastern University and an MBA from Rivier University. Dick worked in the computer industry for many years before beginning his career as a financial advisor in 1998.

Dick and his wife Elli have lived most of their lives in New Hampshire. They have two children, Rick and Robin, and four grandchildren.

Dick has also been a member of a local Lion’s Club and has served on the Board of Directors for several homeowner’s associations. He currently serves on the Finance Committee of the Savannah Club Community in FL.

His interests include golf, cars, camping, bicycling, and walking his two small dogs.